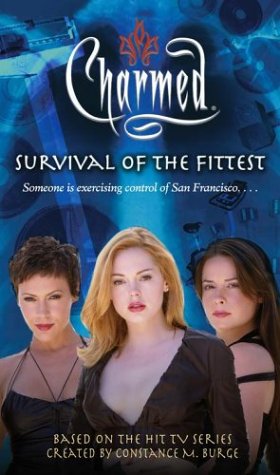 Charmed: Survival of the Fittest

Taken bodies were found unchanged, but their minds are under control. Release all thoughts of this new craze; find the demon that plagues their souls.

Alien abduction fever has gripped San Francisco. People everywhere are reporting loved ones missing…only to have them show up at home with no recollection of having been gone. The Charmed Ones can’t help but become involved, especially when Phoebe receives a letter to her advice column from a woman who’s convinced her sister was “taken.” The victim says she was just out, but since she’s returned, she’s developed an almost demonic devotion to a new workout program.

The workout program in question, created by Meg Winship, has become incredibly popular in the Bay Area. Even Piper, after seeing an infomercial, suddenly finds herself jogging to the “Winship Way.” Luckily there’s a rally being held in San Francisco in the next few days. Meg Winship herself will appear to further inspire and thank her new disciples. If there’s something supernatural involved, as the sisters suspect, the fitness fiesta is their best bet to figure out who — or what — is in charge of the chaos.

(Available in mass-market paperback only.)